The most emblematic works of the repertoire, such as La Revoltosa by Chapí, El duet de la Africana by Fernández Caballero, El Barberillo de Lavapiés by Barbieri or Luisa Fernanda de Moreno-Torroba, will fill the Convent of Santo Domingo with perfectly recognizable and enjoyable harmonies and songs.

The young soprano from Gran Canaria, Abenauara Grafiña, with important appearances at the Teatro Pérez Galdós, Teatro Arriaga in Bilbao or Teatro Jovellanos in Gijón, and Gerardo Bullón from Madrid, who has become in his own right one of the most popular baritone voices important players in the lyrical market, he is also a specialist in zarzuela, will be backed up at the piano by Juan Francisco Parra, a musician from Gran Canaria and one of the most sought-after repertoire pianists in the country, who has accompanied great lyrical figures all over the world world.

Tickets for the Zarzuela Gala, which will take place on Friday, August 19, at 8:30 p.m., at the Santo Domingo Convent in the Real Villa, are now on sale at ecoentradas.com 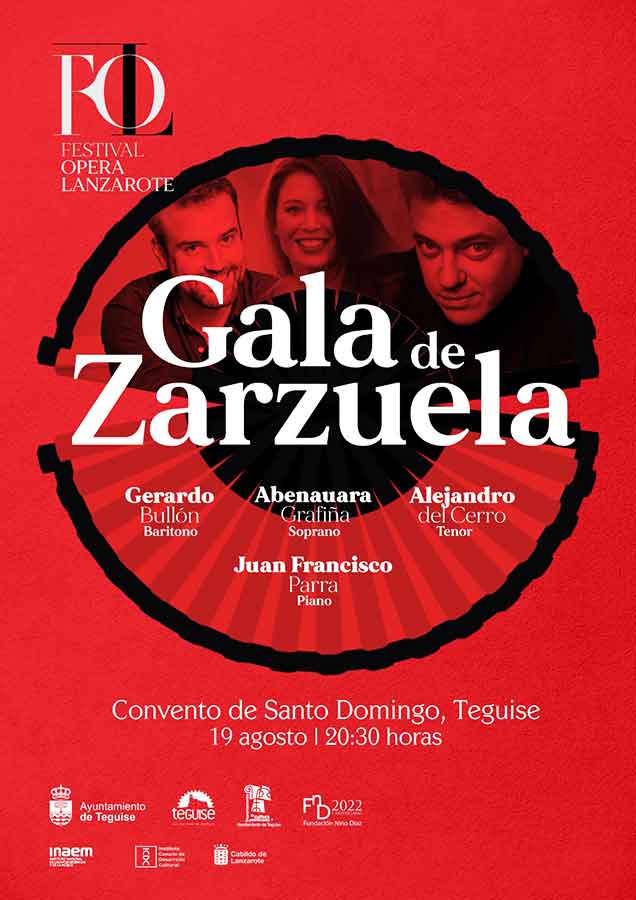 Teguise presents the afternoons of an Active Summer for youth

This website uses cookies to improve your experience while you navigate through the website. Out of these, the cookies that are categorized as necessary are stored on your browser as they are essential for the working of basic functionalities of the website. We also use third-party cookies that help us analyze and understand how you use this website. These cookies will be stored in your browser only with your consent. You also have the option to opt-out of these cookies. But opting out of some of these cookies may affect your browsing experience.
Necessary Always Enabled
Necessary cookies are absolutely essential for the website to function properly. This category only includes cookies that ensures basic functionalities and security features of the website. These cookies do not store any personal information.
Non-necessary
Any cookies that may not be particularly necessary for the website to function and is used specifically to collect user personal data via analytics, ads, other embedded contents are termed as non-necessary cookies. It is mandatory to procure user consent prior to running these cookies on your website.
SAVE & ACCEPT