Our local, has a large terrace to the sea (practically bathed by the North Sea of Lanzarote) where you can taste grilled fish and seafood in all its varieties, rice, and delights of our land. 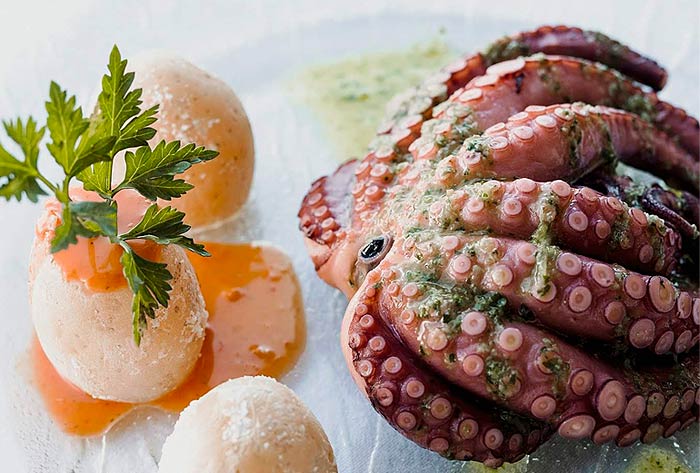 With a modern touch

The Canarian cuisine in general, and the Lanzaroteña´s one in particular, constitute a great part of our historical and traditional legacy. 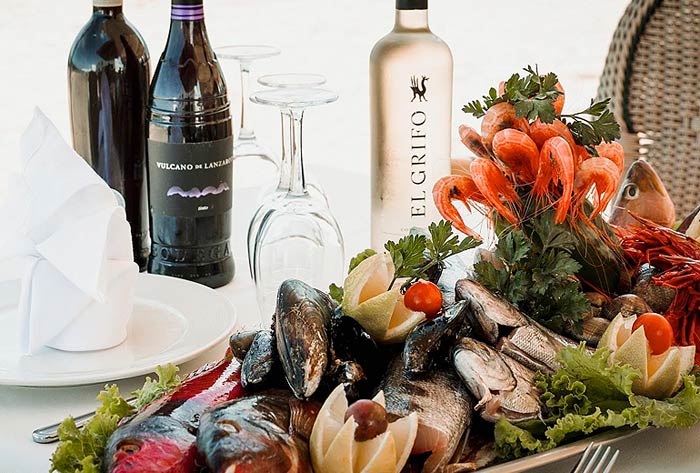 The best wines of Lanzarote

Enjoy our typical seafood cuisine and accompany it with our famous broths, whether white, rosé or red. 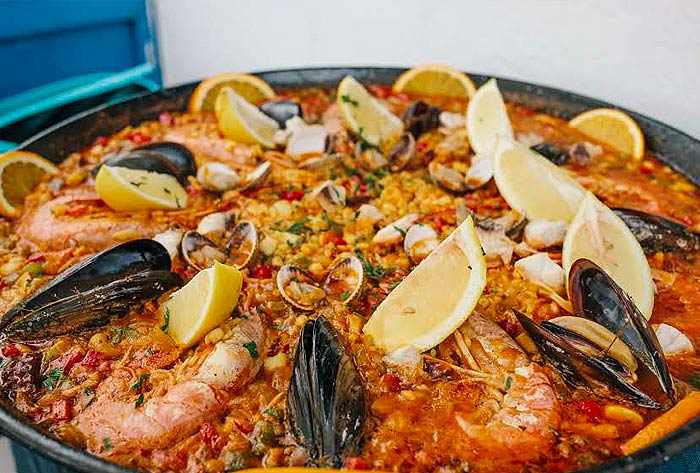 In Sol Famara you can enjoy grilled fresh fish and seafood in all its varieties, rice dishes, and delicacies from our land.

What do we eat today?

In Sol Famara you can enjoy grilled fresh fish and seafood in all its varieties, rice dishes, and delicacies from our land. Very varied starters, salads, soups, potatoes with mojo, fresh cheeses, fried moray, limpets and others.
See the full menu
Information of interest

News about our restaurant, Canarian gastronomy, our environment and others that we consider of interest for our clients and friends. 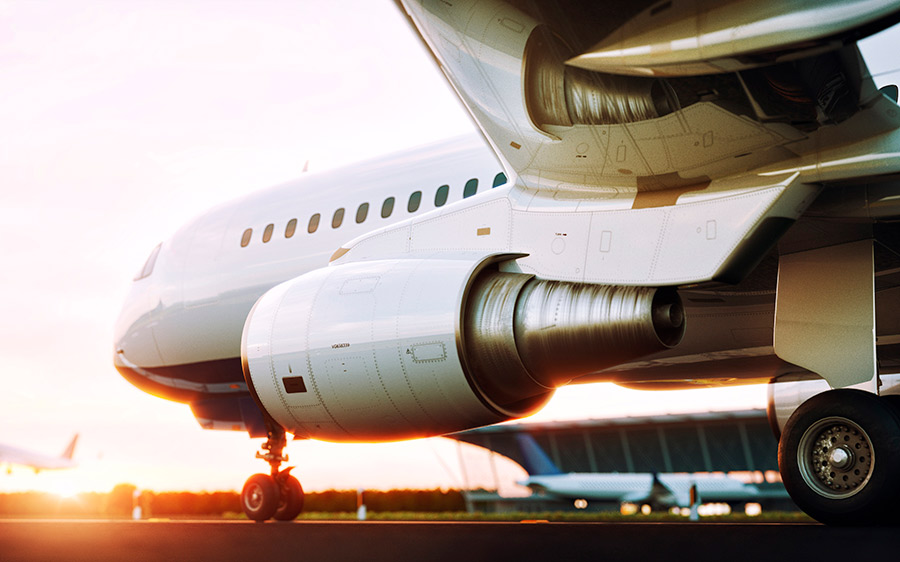 Germany lifts restrictions on travel to the Canary Islands

The Robert Koch Institute decided to remove the Canary Islands from the areas considered at risk due to their coronavirus incidence rates, in which the rest of Spain continues, with which Germany lifted its recommendation not to travel to the islands as of this past Saturday .

The news was advanced by the President of the Canary Islands, Ángel Víctor Torres, on his Twitter account and represents a ball of oxygen for the tourist sector of the archipelago when it is about to start its most important season of the year, that of winter, since Germany it is its second largest customer, after the UK.

The decision is based on “the low incidence of coronavirus infections”, according to a statement from the German Foreign Ministry that has spread, also on Twitter, the ambassador to Spain, Wolfgand Dold.

The measure has the endorsement of the Robert Koch Institut, which classifies areas as at risk when the incidence of the disease is above 50 cases per 100,000 inhabitants. “Good news”, Torres as well as the Foreign and Industry, Trade and Tourism ministers said on Twitter. 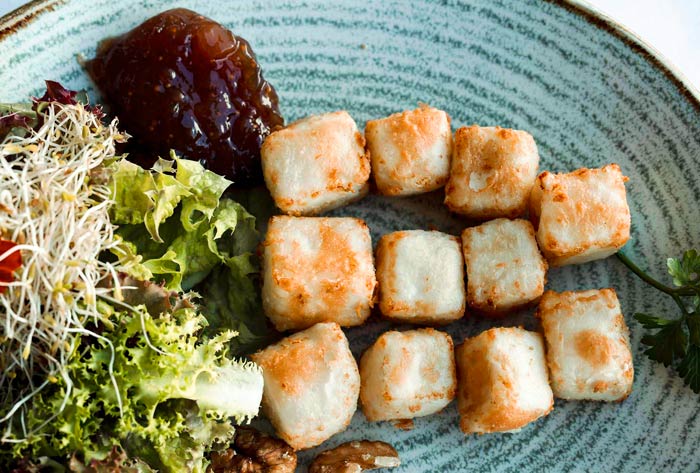 Our local, has thermographic cameras to measure body temperature and a large terrace to the sea (practically bathed by the North Sea of Lanzarote) where you can taste grilled fish and seafood in all its varieties, rice, and delights of our land. END_OF_DOCUMENT_TOKEN_TO_BE_REPLACED 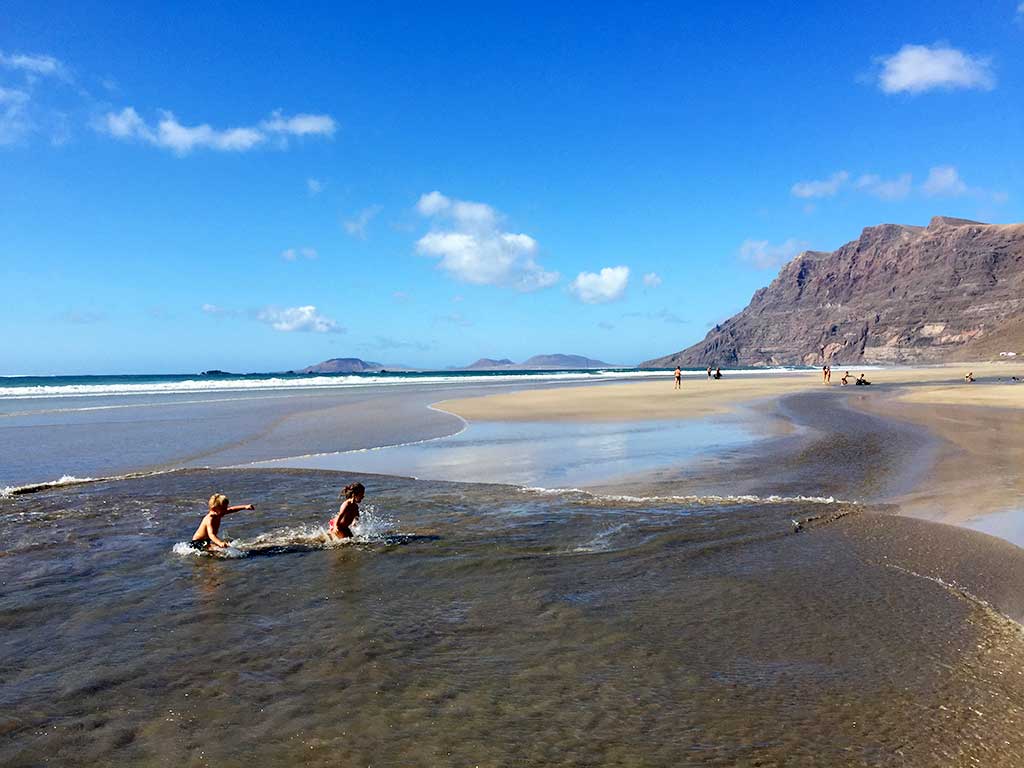 A sports beach next to La Caleta de Famara

Famara beach is an untamed sport’s beach ideal for doing water sports like surfing, body boarding, windsurfing and kite surfing, thanks to the swell of the waves and constant winds. END_OF_DOCUMENT_TOKEN_TO_BE_REPLACED 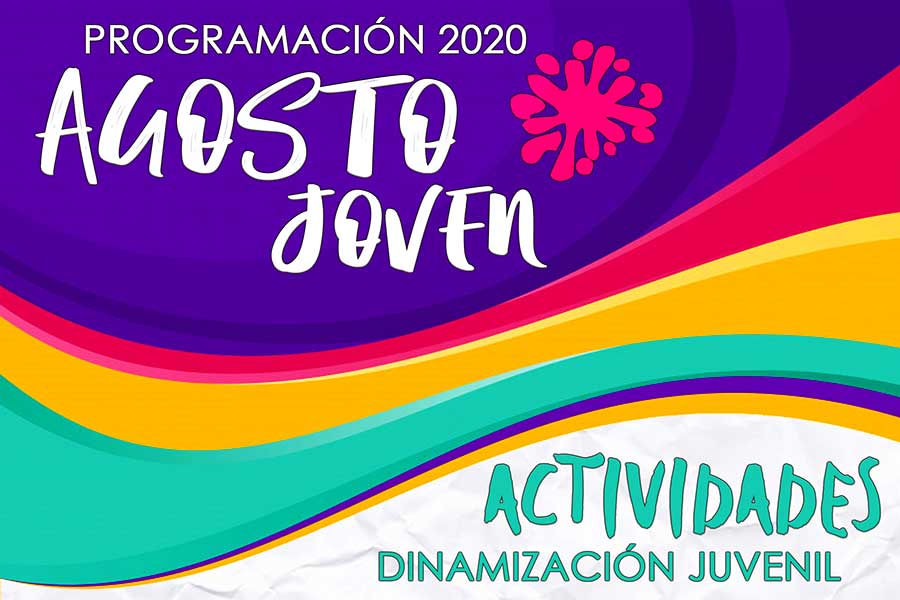 Teguise liven up the August afternoons for the youngest

Bubble soccer, orientation races, Canary games and many more activities will liven up the August afternoons in Teguise. END_OF_DOCUMENT_TOKEN_TO_BE_REPLACED 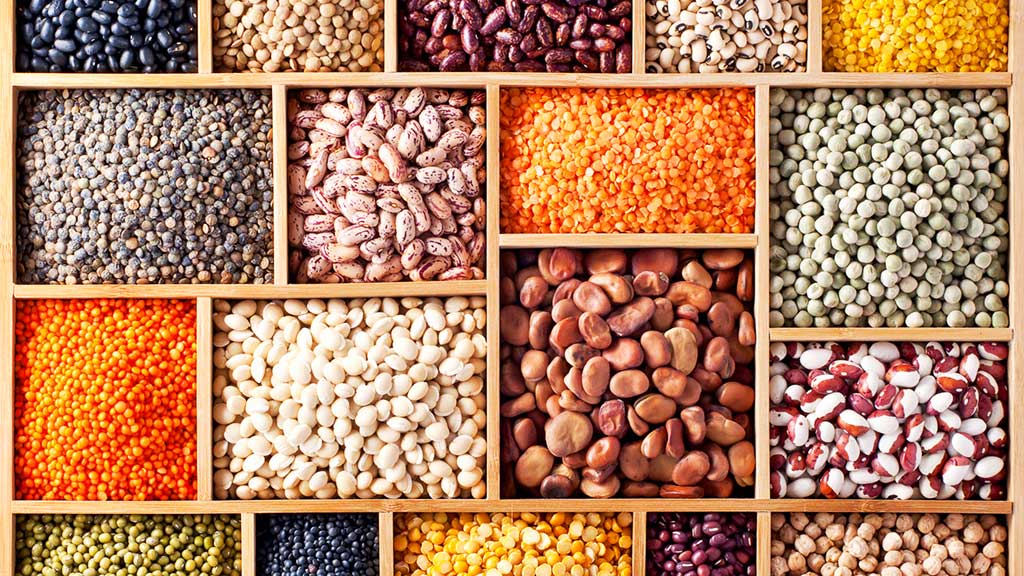 Legumes, more than just energy in the potage

According to the CAE, (Spanish Food Code), legumes are defined as dry, clean, healthy seeds, separated from the pod, from plants of the legume family, of their current use in the country and which is suitable for the feeding. END_OF_DOCUMENT_TOKEN_TO_BE_REPLACED 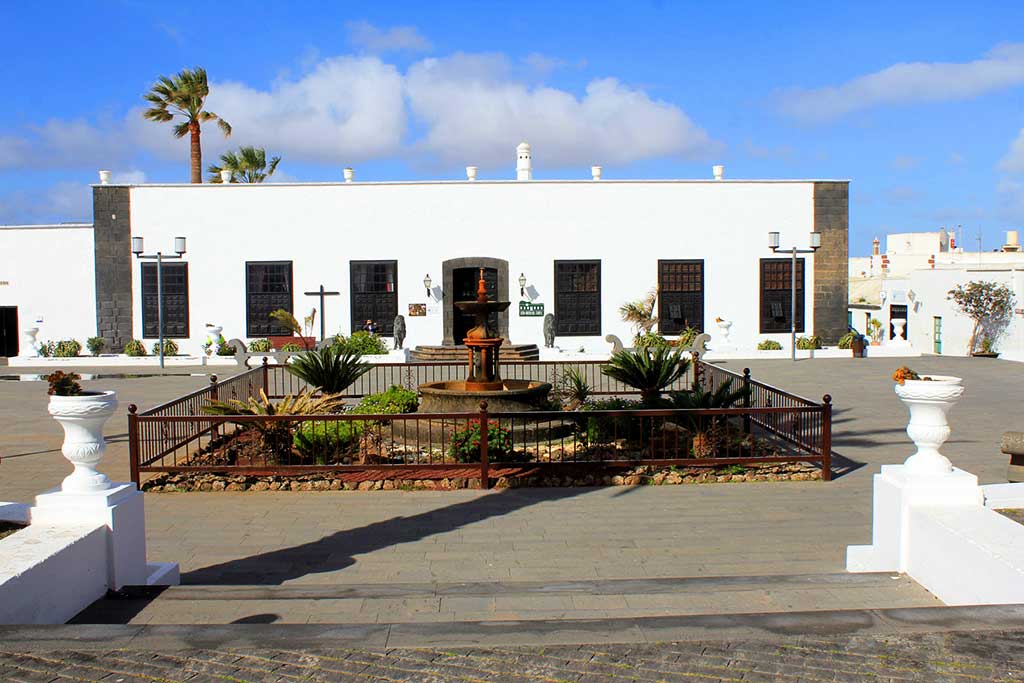 The Teguise City Council has reopened the centers of cultural interest of the Villa de Teguise to the public and works to recover cultural activity in the municipality despite an unprecedented current situation, which requires new protocols and new ways for professionals of the sector can make their art reach the general public. END_OF_DOCUMENT_TOKEN_TO_BE_REPLACED 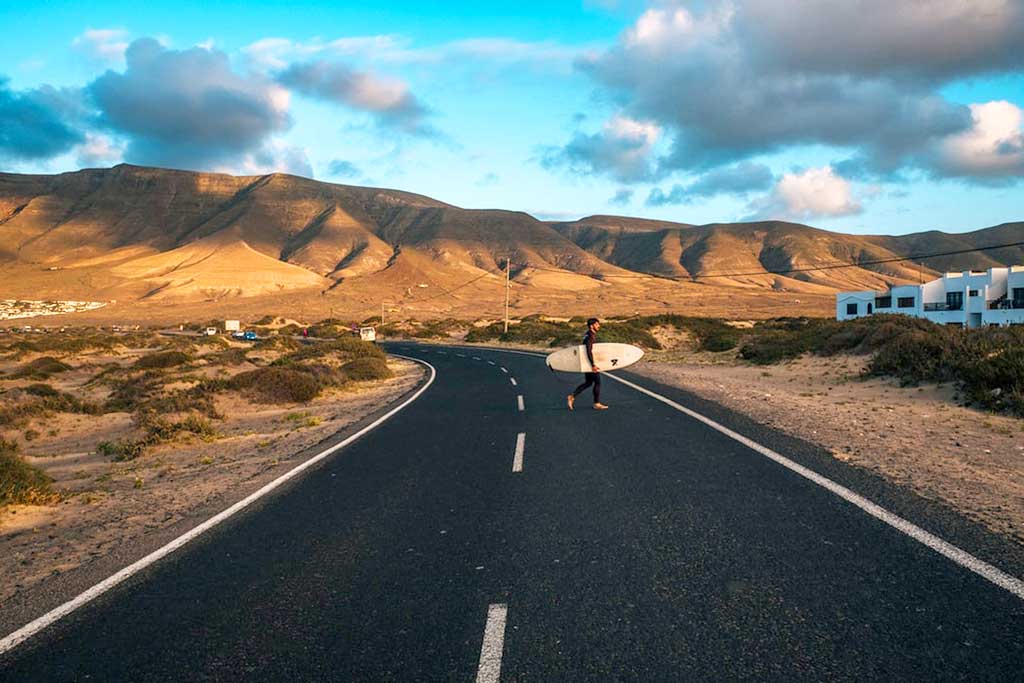 The ‘new normal’ has already begun in Canary Islands.  Since Spain entered its new normal on 21 June, you are allowed to move freely around the archipelago and Spanish mainland, and we have everything ready to welcome all the tourists that visit us. END_OF_DOCUMENT_TOKEN_TO_BE_REPLACED

Canary Islands are just one step away from ‘the new normality’

Canary Islands is one of the least affected regions in Europe and in the world. We would like to send you a message of optimism and encouragement. END_OF_DOCUMENT_TOKEN_TO_BE_REPLACED

Do not show again